China has recently made new breakthroughs in its 7nm chip-making process, reportedly developing tools and know-how for several segments of the manufacturing process amid efforts to reduce reliance on foreign equipment and material vendors.

Last month, China’s chip customization solution provider Innosilicon announced that it had taped out and completed testing of a prototype chip based on the FinFET N+1 process of Semiconductor Manufacturing International Corporation (SMIC). This achievement marks a new step forward in China’s homegrown chip development. 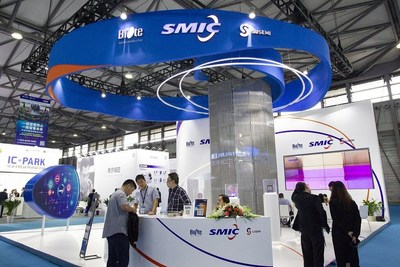 As China’s largest chip foundry, SMIC will introduce its N+1 7nm node, marking a significant improvement over its current 14 nm production node, boasting a 20% increase in performance, power consumption reduction of 57%, a reduced logic area of 63%, and SoC (System on a Chip) area reduction of 55%, according to the company.

At the same time, China is working hard to develop its own lithography system.

The Suzhou Institute of Nano-tech and Nano-Bionics under the Chinese Academy of Sciences (Sinano), along with the National Center for Nanoscience and Technology, recently announced a breakthrough in a new type of 5nm laser lithography technology. Experts believe it could lay the foundation for research into a self-developed advanced lithography machine.

The new technology has broken the traditional constraint in laser direct writing (LDW) with its ability to process at the nano level. In addition to ultra-high precision, the technology also demonstrates potential for mass production.

According to research results published in Nano Letters, a monthly peer-reviewed scientific journal, the new LDW technology “exhibits an attractive capability of well-site control and mass production of 500,000 nanogap electrodes per hour,” breaking the trade-off between resolution and throughput using nanofabrication techniques.

Previously, ASML’s CFO Roger Dassen has stated that the company can export DUV lithography machines to China without a U.S. license. The technology can typically produce chips down to the 7nm node.

On the side of materials, Nata Opto-electronic Materials in east China’s Jiangsu province announced that it has established China’s first ArF photoresist production line, which is used to transfer electronic circuit patterns to silicon crystals in the 7nm chip-making process.

Previously, photoresist materials produced in China could only be applied in the production of chips with standards of 436nm and 365nm.

As the world’s largest semiconductor market, China has been spending aggressively in semiconductor investment, acquisition, and talent recruitment to bolster the industry by on-shoring chip manufacturing equal to those of the world’s top foundries.

A report by Goldman Sachs on July 2 predicted that China may be capable of producing 7nm chips by 2023.

Thomas Friedman, a columnist for the New York Times, said during an online forum on Nov. 11 that China attempts to build an entire microchip supply chain from end to end, and will be no longer dependent on the U.S. technologies, according to the country’s latest five-year plan.

XUZHOU, China, Nov. 26, 2014 / PRNewswire / Asianet-Pakistan – The biennial bauma China 2014, one of the world’s top 3 construction machinery exhibitions and the industry’s most exclusive event held in Asia, will kick off at Shanghai New International Expo Centre on November 25th. Over 3,000 construction machinery manufacturers, dealers, suppliers and buyers from more than […]