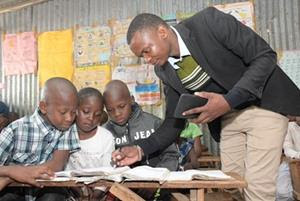 Students and teacher at a NewGlobe-supported school in Kenya

NAIROBI, Kenya, June 08, 2022 (GLOBE NEWSWIRE) — A Nobel Prize-winning economist has confirmed ‘learning gains among the largest ever measured’ in schools by any major study in emerging markets.

The findings were announced by Professor Kremer at the Education World Forum and suggest a potential solution to learning poverty.

Replicated across public education systems, the gains would put African children from underserved communities on track to outperform or match peers in countries with incomes four times higher. 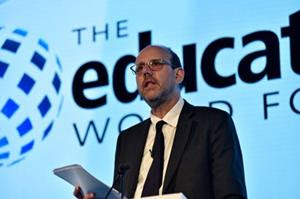 The most disadvantaged students gain the most. Girls make the same learning leap as boys.

NewGlobe delivers a standard deviation increase of 1.35 in pre-primary learning and 0.81 in primary learning, easily in the top 1% of learning gains ever rigorously studied at scale in emerging markets.

The results are an affirmation of NewGlobe’s integrated learning system – used by governments across Africa and South Asia to support a million students today and growing year-on-year. 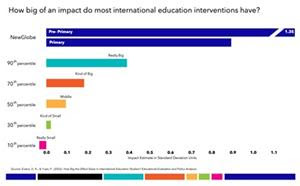 Learning gains in NewGlobe-supported schools compared with others studied

The two-year study is based on a large-scale randomized control trial of more than 10,000 students from low socioeconomic backgrounds in Kenya.

“The effects in this study are among the largest in the international education literature, particularly for a program that was already operating at scale… attending schools delivering highly standardized education has the potential to produce dramatic learning gains at scale, suggesting that policymakers may wish to explore incorporation of standardization, including standardized lesson plans and teacher feedback and monitoring, in their own systems.” Photos accompanying this announcement are available at